Vancouver, BC — Our latest Insights West Poll shows that many BC residents are considering moving to cheaper areas in the province and elsewhere as they believe home prices and interest rates are going to continue to go up over the next five years.

Of the 62% of BC adults who own their own home, a significant minority are considering selling their home and cashing out, either moving to a cheaper area in BC, or even leaving the country in the next two (17%) or five (29%) years. A significant minority of homeowners are thinking of cashing out on their home in the next two years, and either renting (6%), retiring (6%) or travelling (8%). One-in-ten homeowners are thinking of selling and downsizing into something smaller. A further 11% are thinking of selling and moving somewhere else in BC, and there is a nearly an equal proportion (9%) who are considering moving to another country to afford a better home or buy something less expensive. When we look at Metro Vancouver residents specifically, 13% are considering selling and buying in a cheaper area in Metro Vancouver or the Fraser Valley.

The COVID-19 pandemic has apparently played a significant role in this trend, with 36% of homeowners who plan to sell telling us that the impacts of the pandemic have had either a major (22%) or minor (14%) impact on this decision. 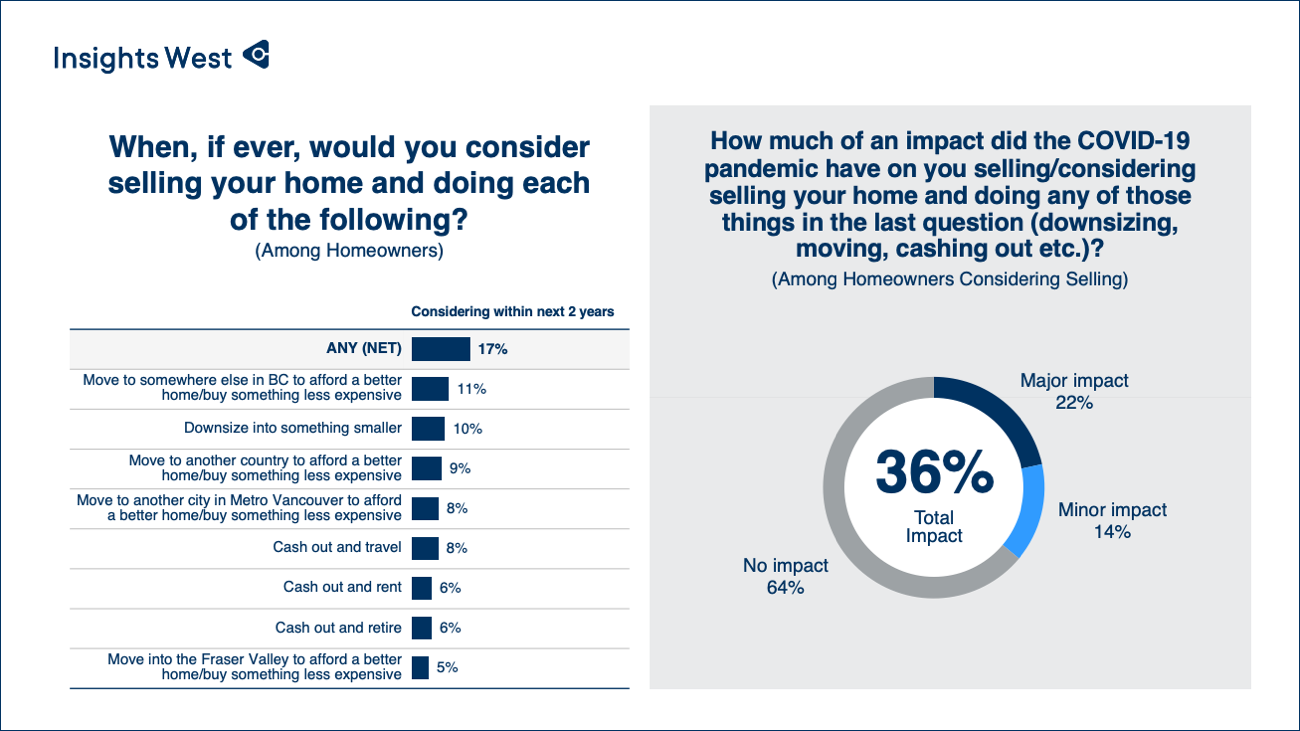 The COVID-19 pandemic has had a major effect on attitudes towards housing this past year for renters as well. A total of 26% of renters are considering buying or moving to buy somewhere else that is more affordable in the next 2 years – a significant majority (60%) tell us that the pandemic has had an impact on this consideration, including 37% who say it has had a major impact. 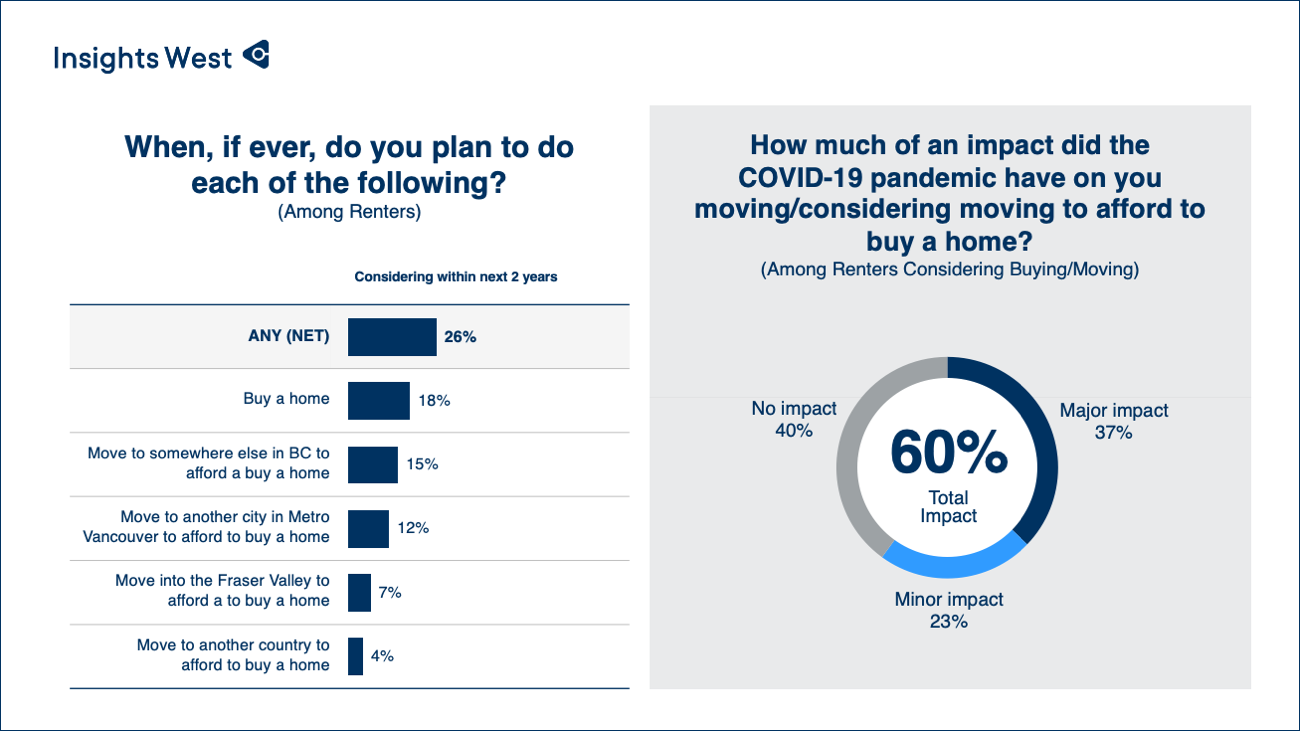 “The relentless climb of real-estate prices in BC and in Metro Vancouver in particular has resulted in many homeowners weighing their options for cashing out” says Steve Mossop, President of Insights West. “The option to downsize or move to a different location in BC in order to take advantage of the equity in their existing home has many weighing the alternatives.”

About Insights West:
Insights West is a full-service marketing research firm based in Western Canada. Since 2012, the company has conducted over one million surveys, executed 2,000 studies, and issued over 350 press releases on a variety of topics, correctly predicting the outcomes of 25 out of 26 elections and plebiscites. Insights West is a team of passionate, truth-seeking researchers who question everything to uncover the truth and what is emerging for a diverse set of clients. With an understanding of shifting markets, consumer and societal trends, and commitment to uncovering truths through a proprietary toolkit and innovative research approaches, Insights West helps organizations make better decisions.

About this Release:
Results are based on an online study conducted June 23 to 27, 2021 among a sample of 808 residents across BC. Respondents are part of Insights West’s Feedback Community, a panel of BC residents recruited from a variety of sources and backgrounds who share their views and opinions on an ongoing basis, and from other panels provided by partner providers. The margin of error with the total sample—which measures sample variability—is +/-3.4 percentage points, 19 times out of 20. Discrepancies between totals are due to rounding. Click HERE to view the detailed data tabulations.

1-in-2 (53%) Black-owned business have difficulty accessing capital, with over 70% drawing financing from personal savings

Steve Mossop, the president and founder of Insights West, will become the executive vice-president of Leger’s Vancouver office.